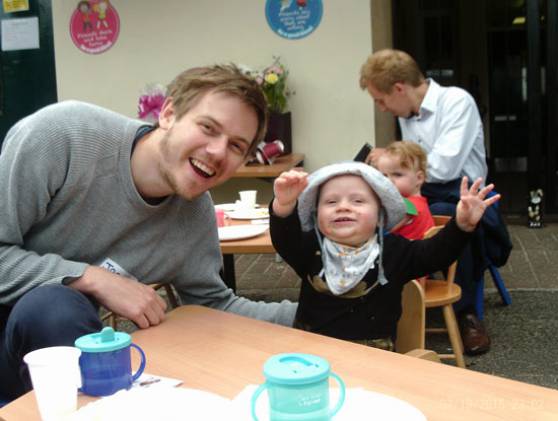 On Friday 5th August we held our Daddies BBQ. Again it was very well attended by dads, grandads and other male carers. This year we had a superhero theme and the children and many of the dads dressed up in their best superhero t-shirts and costumes. Our cook Gill did our BBQ and everyone enjoyed burgers, sausages, potato salad, pasta salad and fruit salad.

We held a raffle during the BBQ, which we had been selling tickets for before and during the event. We raised a total of £548.30 which will be going to our designated charity 'Tiny Lives'.

Back to news stories

We are always pleased to hear from you, please give us a call any time to arrange a visit and find out more about our childcare facilities.